The warm evening last night turned into a pleasantly cool morning. The first miles of the day were smooth sailing then the climbing kicked in with a 3000′ ascent. The good news was that the trail took a relaxing 9 miles to reach the top. All in today, there was 7000′ of climbing and yesterday’s total was 7700′. Between the moderate grades and the shade of the trees the climbs aren’t too bad even in this hot weather but the humidity is a sudden change to get used to.

Some spooky looking trees in the forest. 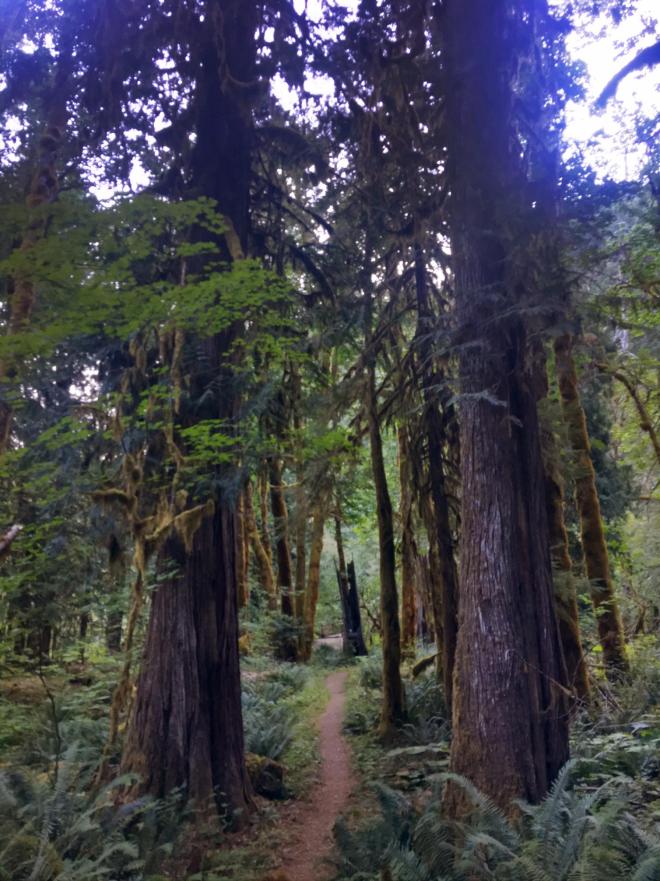 Lots of lush grasses especially near the many ponds.

The trail finally popped out of the forest near the top of the climb and apparently the haze had cleared. There was a great view to the south of Mt Hood.

Looking back toward the Columbia River Gorge.

Later in the day was the first good view of Mt Adams. The trail goes right by it in the next couple days.

Considering all the climbing, I’m surprised I’ve made as many miles as I’ve done the last couple days . As a little extra incentive, I decided to hitch into the trail town of Trout Lake tomorrow. Even though I don’t need to resupply I’ve heard it’s a town that’s super friendly to hikers.

As much as I wanted to sleep in and relax at the hotel a little longer it was supposed to be in the upper 90’s in town and I wanted to make sure I beat the worst of the heat for the big climb out of the gorge.

Approaching the Bridge of the Gods at 6am. Notice the large PCT sign lit up on light post.

Not much room for hikers…and you can see the water a 50′ below through the metal grated road deck. 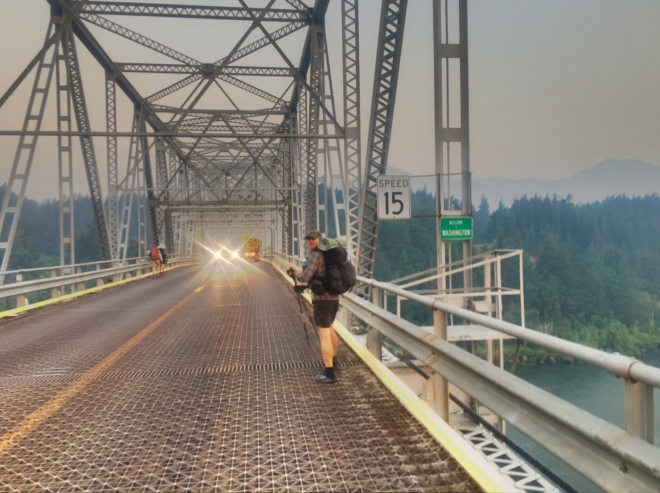 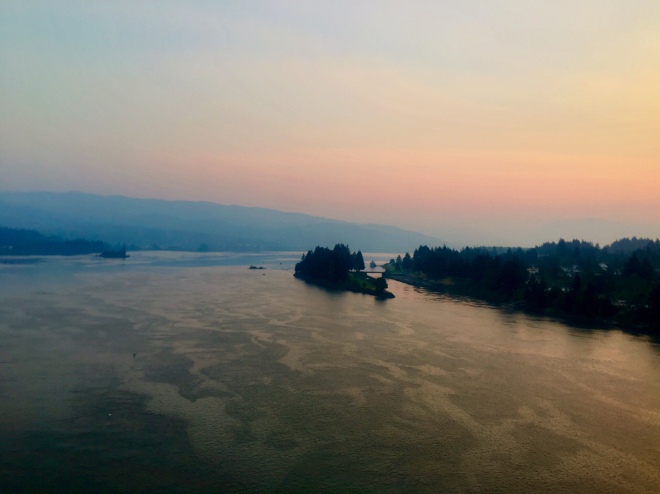 Slightly less hazy this AM.

I bumped into an acquaintance hiking southbound. This is Badger from Golden, CO who has a very popular hiker oriented blog/website originally known as Appalachian Trials (originally a book by the same name) and is now called The Trek. I’ve written some guest posts for the site.

Washington is very lush…today reminded me a lot of the AT with kinder grades. The humidity (a first on the PCT) definitely gave it an east coast feel.

Still kind of hazy for the occasional views.

The bridge over Trout Creek.
Began and ended the day with a bridge.
I Setup camp just above the creek. It was still in the 80’s when I arrived in camp at 6:45 and it’s been cooling down very slowly.