It was a cold morning…camping at 11,000′ has that effect. The reward were some great views.

Starting to see more and more snow on trail. A function of elevation and aspect (to the sun). 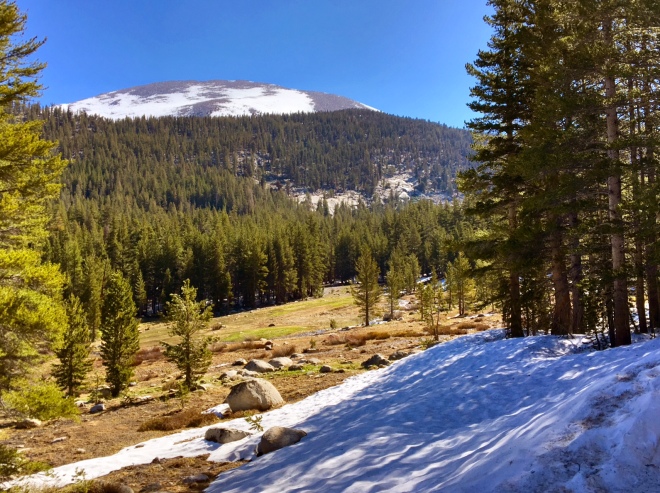 Sketchy creek crossing #1 today. I still had my micro-spikes on from the snowy descent which made the slippery log much less of a concern.

Pretty soon it was basically all snow. 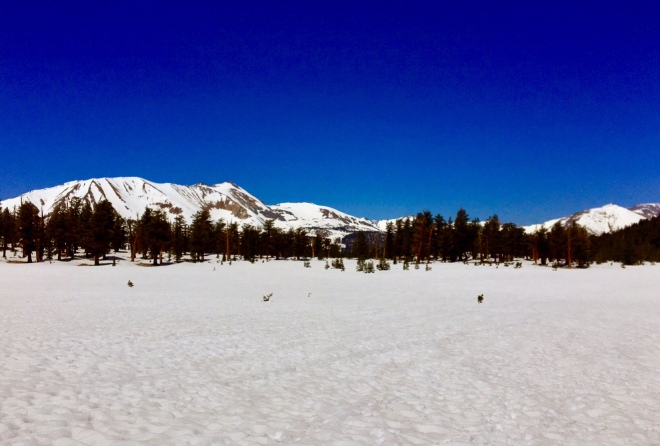 One of the few, non-frozen lakes. 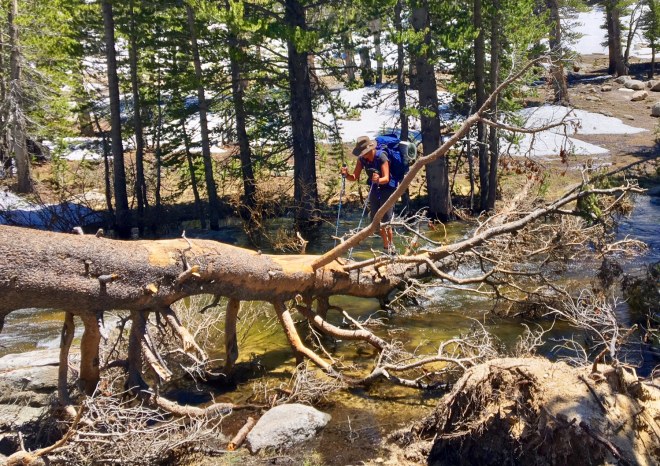 Normally, this would be a big meadow… according to the guidebook. 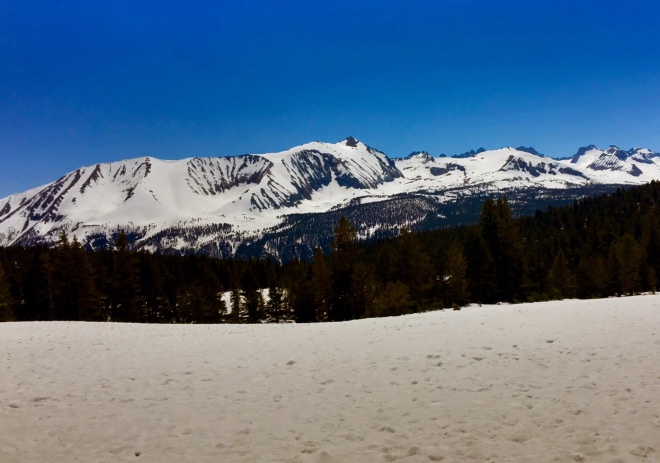 Nothing more to add.

Sketchy log crossing #3. I was thankful to find this log a 1/4 mile downstream. I did not take a picture of the wet-crossing I made a mile before this. Luckily, the sun was out and there were some warm rocks to lay out on. These aren’t even the big crossings yet

Mt. Whitney is in the very back… steep left side and shallow slope on right side.

After a long day of slogging through the snow, constant navigation to stay on course, four stream crossings, I then had to find a snow free place to camp…not so easy. This small outcropping at 11,400′ would have to do. Not even a big enough flat area for my tent…. 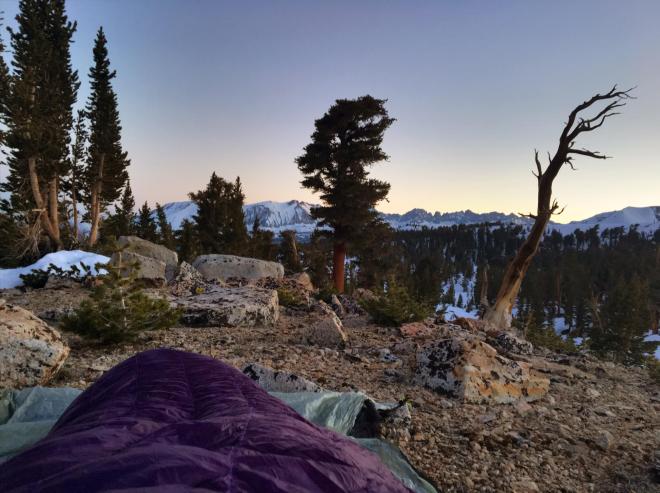 But just big enough for my sleeping bag and pad.