It was an overcast morning but relatively mild for 11,000’ The clouds were hanging low obscuring the upper peaks.

Most of the day was spent hiking 1-2mi climbs through pine forests. This was the view to the East back toward Leadville. 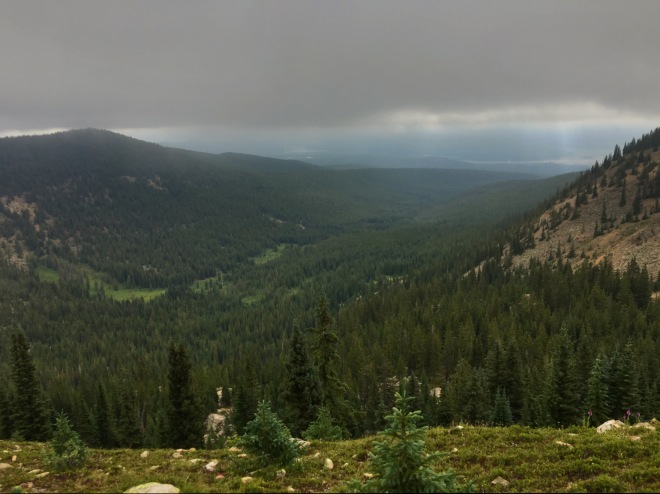 A bit to chilly for a dip…at least for my taste.

The weather forecast had called for afternoon thunderstorms and there was fair amount of thunder but only an occasional drizzle before the sun popped back out. This is the view of Mt. Elbert, Colorado’s highest peak and the 2nd highest (~14,450’) in the contiguous US after Mt. Whitney. There is a 3.5mi side trail that will get you there…I skipped it as I’ve done it before, plus an extra 4000’ of climbing didn’t sound terribly appealing at the time.

Today’s miles weren’t easy with the constant up and down but they did seem to tick by without too much extra effort. I managed to roll into camp at the reasonable hour of 6:15 and listened to more thunder roll by from my tent.