It was nice sleeping in a bit today…6:15 🙂
I strolled down to the Lake City Bakery and figured it must be good based on the line…then I realized to they could only fit three people in the store at a time (it was still good!).

Around 9:15 I hitched a ride back up the mountain to Spring creek Pass. Janet and Mike were a nice older couple who have lived in Lake City for 40yrs., although their little Honda Civic wasn’t breaking any speed records going up Slumgullion Pass they got me to the trailhead safe and sound!

The right side of the V-notch in the background is San Luis Peak that we climbed a couple days ago.

I Hiked past a bunch of sheep today. Between the landscape and the bleating it kind of felt like Ireland. 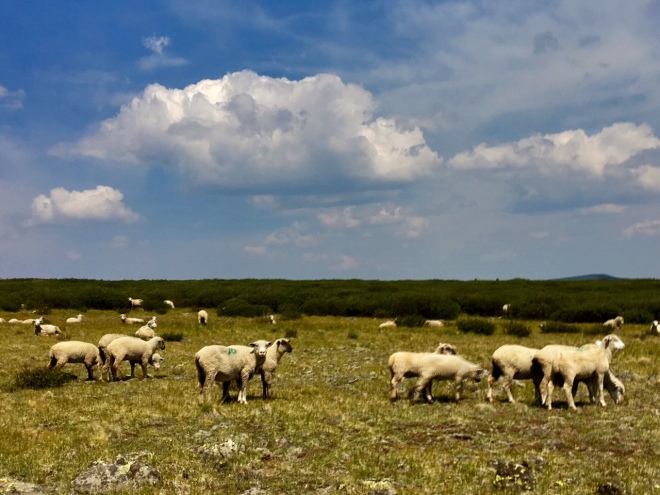 This was the only water source of the day until I got to camp.

Most of the day the trail was at elevations over 12,500’…a treeless barren tundra. Thankfully, the weather held out. 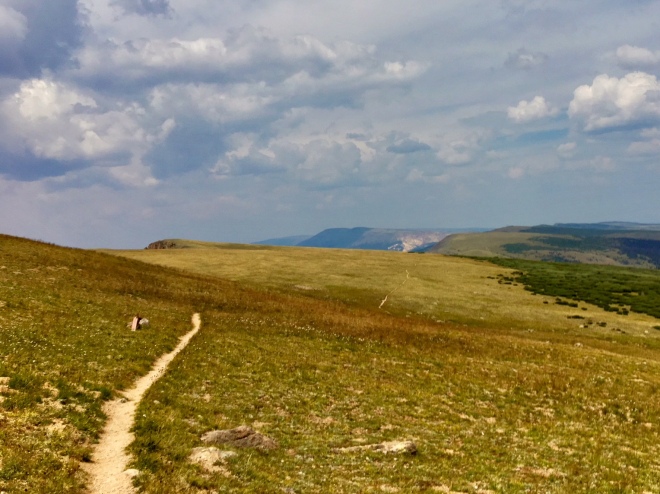 This is peak is called Redcloud.

You’d think it would be all downhill from here

I got to a great campsite around 6:00 and I had enough time to eat and relax before the rain came around 8pm. At 7:30 Albert rolled in (he hitched out of town an hour after me)… unfortunately, he didn’t get his tent setup before the rain. 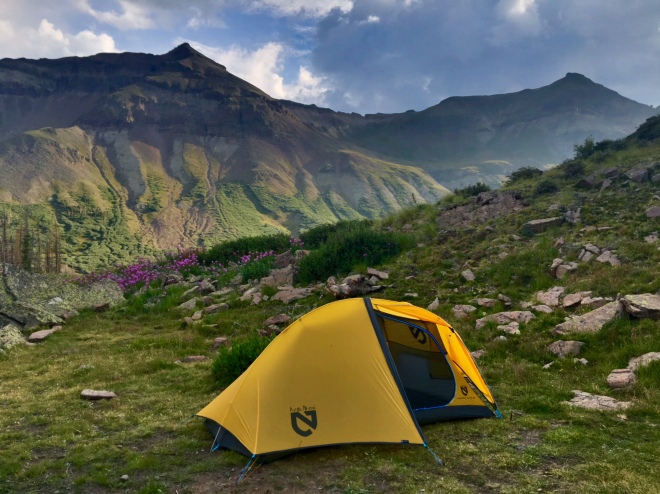